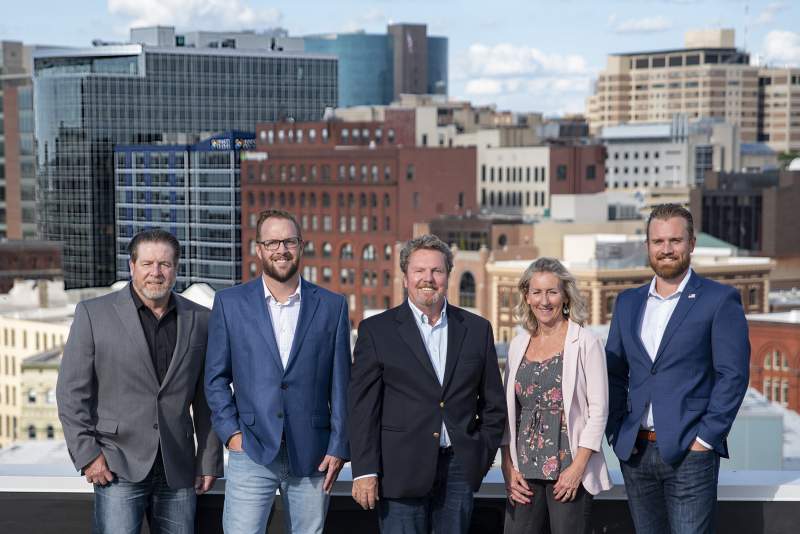 “For over a decade, I have had the privilege to be part of the driving force behind constructing many of the successful businesses, entertainment and dining establishments throughout the city of Grand Rapids, Kalamazoo, Holland, Lansing, Flint and beyond,” said Rehkopf. “While I will continue to remain CEO of Orion Construction, I trust that, under Brad’s leadership, the company will continue to thrive in enhancing Michigan’s cityscapes well into the future.”

Rehkopf joined Orion Construction as part owner in 2014. With more than 35 years of experience in construction project management and business development, he has a strong background in architectural design and design build projects.

Walsh joined Orion in 2015 as project manager with multi-faceted experience within the commercial construction industry. His construction knowledge spans commercial, municipal and industrial projects comprising of government, university and healthcare projects nationwide. Under his supervision and leadership, Walsh has overseen the completion of several mid-rise, mixed-use and multi-family projects, including Heritage Place, Rivers Edge and Gateway at Belknap Apartments. Additionally, he managed the construction process of many notable restaurants in downtown Grand Rapids, such as Wheelhouse, Holiday Bar, and Linear Restaurant, and Corner Bar in Rockford.

“Roger has been an outstanding company president of Orion Construction throughout the past seven years, and through his leadership and vision, has contributed to the creation of much of the region’s commercial landscape,” Walsh said. “I am honored to fill Roger’s shoes as Orion’s new company president and continue to grow our footprint in West Michigan and beyond.”

With over 25 years of accounting and office management experience, Ringnalda has been with Orion since 2001. She oversees day-to-day office operations and manages all areas of accounting including: construction and development accounting, accounts payable/receivable, cost accounting, payroll, and other long-term financial analysis.

Johnson, who has been with Orion for 17 years, has more than 25 years of experience in the construction industry. He possesses in-depth knowledge of the design and construction process and design evaluation, which has been instrumental in securing contracts for many large projects and frequent value enhancement opportunities for Orion clients.

Smigielski has been with Orion Construction since 2015, and has successfully managed large-scale projects from conceptual development and project organization, to estimating, scheduling, budgeting and project implementation. His experience includes construction project management in large metro cities, including Chicago.