When unified communication specialist VDS opened its doors for the very first time 26 years ago, it was at 201 Front Avenue as a division of the electrical contracting company Feyen Zylstra.

Eventually, CEO James Kress purchased VDS from Feyen Zylstra and the division began operating independently, growing into a 60-person firm in a new location at 2350 Oak Industrial Drive NW. However, when Kress learned Feyen Zylstra had relocatedand the Front Avenue space was open for occupancy, VDS jumped on the opportunity to relocate back to its old stomping grounds.

"He (Kress) always loved downtown and when Feyen Zylstra outgrew this building he said, 'We have to go back,' and he loved the history of it," says VDS' Kim Schermer of the three-story, 14,000-square-foot building at 201 Front Avenue.

VDS moved into the space in late November 2014 after Orion Constructioncompleted a renovation of the interior, including a new entry way, common space, board room, executive offices, stairwells, bathroom and cabling for state-of-the-art technology-based systems.

"It's a very interesting building on the inside but it's still got the old wood beams and everything, so it's a really cool building historically speaking," Schermer says of the 1930's riverfront property. "We opened up some of the walls to make it a more collaborative space. A lot of it was cosmetic, but we were careful to keep the historic pieces that were still intact."

VDS has collaborated with technology partners that include Microsoft, Polycom and Avaya through its 26-year tenure, offering technology-based solutions geared at helping companies collaborative more effectively and efficiently while achieving maximum engagement both internally and with the customers it serves.

"The growth going on in the downtown area right now is just huge," Schermer says, "It's the place to be; we love it." 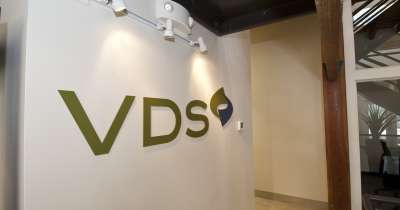